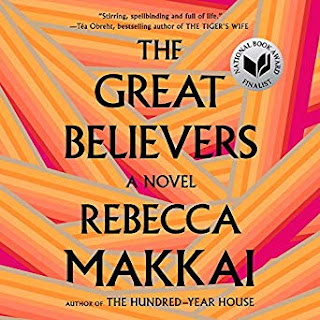 I started teaching in the fall of 1980. I was a junior high teacher at the time teaching health and PE. As a college student majoring in health education I learned everything there was to know at the time about what we then called STDs or sexually transmitted diseases and I was prepared to impart my knowledge onto my students in hopes that they wouldn't get one of them. In those days scientists didn't know that HPV (genital warts) were related to genital cancers and the worst STD that I knew about was syphilis, though there was a cure if treated early enough. I remember the moment in 1983 or '84 when a parent questioned me about what I was teaching about AIDS. At the time I had no inkling of how serious and life-threatening the disease was and how it would dominate my curriculum for years to come. In 1988 or '89 our state required mandatory AIDS prevention lessons for every student from grades 5-12, every year. In my schools those required lessons often fell to me, though not always. Not only would students' eyes glass over during those lessons but so would the teachers'. An important topic became boring and tedious. I did a lot of personal education on the topic of HIV and AIDS, attending conferences, visiting AIDS hospice houses, interviewing people who were HIV+ about the drugs they had to take and the symptoms they were hoping to thwart. I remember throwing around terms like cytomegalovirus, histoplasmosis, thrush, toxoplasmosis, Kaposi sarcoma, and HIV-wasting syndrome. I knew more about HIV/AIDS on the educational level than the average person, but not much on the personal level.

As I started reading The Great Believers by Rebecca Makkai this past week I was hit head-on with how very little I really understood about the AIDS crisis on a personal level. The book chronicles the AIDS epidemic from its inception in 1983 to the current time. Surprisingly this hasn't been done in literature up to this point.

When the AIDS epidemic begins to race its way through the gay community in Chicago's Boystown neighborhood in 1983, Yale Tishman and Fiona Marcus become good friends. Fiona's brother, Nico, was the first of the artsy friend group of gay men to die of AIDS. Since Nico was disowned by his parents, Fiona became his caretaker at the end of his life. Yale, who is employed at an art museum, was in the same group as Nico so he got to know Fiona. In fact, it was because of a recommendation from Fiona that Yale got a lead on securing a career-changing art collection from her great-aunt Nora, who was a model for some famous artists in Paris in 1910s and 1920s. At age 90, Aunt Nora wanted the whole collection to stay together because among the pieces were ones painted by her lover, Ranko Novak, who was not well-known because of injuries sustained during the Great War. She sees it as her mission to save his memory once she is gone.

As exciting as the art collection is to Yale, his private life is taking a decidedly negative turn as his friends and his partner, Charlie, are testing positive for HIV infection. Everyone is talking about "safe sex" but is anyone actually practicing it? As his relationship crumbles it also looks like the art collection may not come to the museum, at least if Nora's family has any say. Everything is a mess.

Fast forward thirty years in Paris in 2015 and we see Fiona looking for her wayward daughter, Clara, and her possible grandchild. Fiona's relationship with her daughter was always strained. She became so depressed as she became the care-taker for her brother's friends as they died one by one, she really couldn't be a good mother. Her daughter always pushed her away and eventually ran away. Fiona had been looking for Clara for three years before ending up in Paris at the home of a famous photographer friend, Richard, who was also in Chicago in the 1980s. He is a preparing for an art show of his photographs, some of them of her gay friends now long dead.

Makkai does a masterful job of tying together several story threads. One is the obvious story of the AIDS epidemic and all the lives that were lost to it under horrific circumstances. Another thread is the art collection and life in Paris at the beginning of the twentieth century. Nora was considered to be a member of the "Lost Generation". This generation of people came of age during WWI where 40 million people died. The term "lost" also refers to their aimlessness and disorientation after the war. Nora's experiences were very similar to those that Yale and Fiona experienced in the 1980s, the death of so many, many fine young people. The last thread is Fiona's story. Fiona stand for all those women who ended up being the caretakers for AIDS patients. Nora first and Fiona later become aware of their role in preserving memories which were never documented.

I was blown away by The Great Believers. The title comes from a quote in My Generation by F. Scott Fitzgerald, “We were the great believers, I have never cared for any men as much as for those who felt the first springs of life when I did, and saw death ahead, and were reprieved — and who now walk the long stormy summer.”  I saw for the first time a new take on a topic which had dominated my life for the majority of my teaching life---a very personal take. I realize now that with each death there were friends, relatives, and caretakers who were asked to shoulder the lion's share of the burden. We also have been robbed of all of their memories.

I listened to the audiobook read by Michael Crouch. By the last hour of my seventeen hours of listening I was crying and sobbing. This is a problem since I was driving. I would have to remove my glasses to wipe my eyes over and over. Later that night, as I was recapping the book for my husband I started crying again. Every moment of it touched me on the deepest level. Though The Great Believers didn't win any of the big literary prizes of 2018, but it came close. It was a finalist for the National Book Award and a New York Times Top Ten Books of 2018. It is a not-to-be missed book. But I warn you, have your hankie ready. Now I've got to figure out how to get my book club to read this book. I am desperate to discuss it with someone else who has read it.