Weather: woke up to rain but it is sunny right now.

Yesterday: was one of those perfect days. We had our grandson with us the whole day as his dad was working and his mother was participating in a team challenge course with inflatable things. (Don't ask me to explain but it sounded fun.) So Ian was with us and every moment was sheer delight. He went with us to the hardware store to buy a rose trellis and interacted with other shoppers. He played in the yard and then took a long nap. Then off to the park for a long session of swinging and climbing and sliding. Later his parents joined us for a BBQ dinner and cake to celebrate Don's 62nd birthday. Nothing that remarkable happened it just all came together in a big, complete way and I was very satisfied at day's end.

Politics: I can't even begin to express my dissatisfaction with the events this past week concerning full and total abortions. I read this tweet from a pastor in Alabama from a sermon he made last year. This pretty much sums up my thoughts. 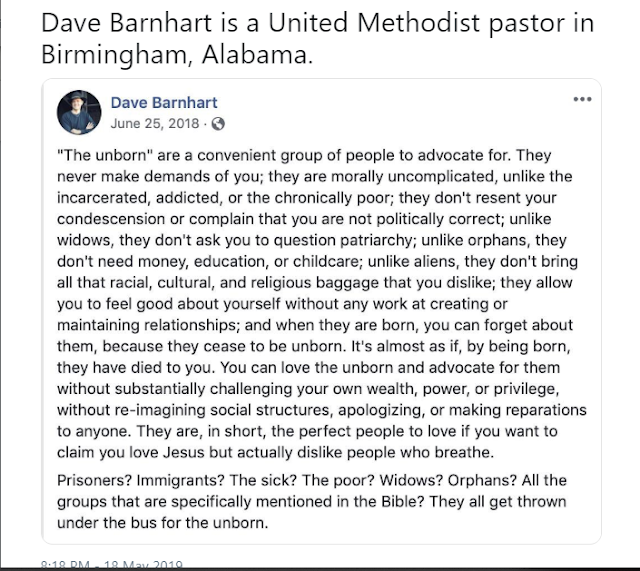 I ask that you read it and think about what Dave Barnhart is saying, rather than shutting down completely. Thank you.
Mother's Day: Last week I didn't post because if was Mother's Day and my hubby was busy planting all the flowers we bought to put in the yard and in planters. Rita and Ian came over and we had a sweet little brunch. Ah, the joys of family.

San Francisco: the week before, we were in SF visiting Carly, our other daughter and we had perfect weather for all the touring we did: Alcatraz National Park, site of the old penitentiary in the SF bay, Fort Point right under Golden Gate bridge, the Conservatory and botanical gardens in Golden Gate park, an evening at the theater watching a play of Charlie and the Chocolate Factory, and a tour of wine country. Wow we crammed a lot into a few days. Plus we got to see where Carly works (or worked, since her whole office moved after we left.)

Reading: I confess to be in a bit of a slump and I blame it all on East of Eden. I started this book as part of the Classics Club Spin challenge and I am not making good progress on it...I've only read 100 pages in the last month. Each night I try to read I only fit in a page of two before closing the book and my eyes. I've decided to re-work my plan for this book, admitting I won't finish it by the deadline for the challenge, and challenge myself to read 10 pages a day. If I make my own little daily mini-challenge then I am free to read whatever else I want to read the rest of the day. I'm hoping this will shake me loose of this slump. So far in May I have only finished three books, which might sound like a fine amount but isn't good for me:


Currently reading:
Movies: I watched two movies that I borrowed from the public library:
The earth laughs in flowers.-Ralph Waldo Emerson

Posted by Anne@HeadFullofBooks at 1:25 PM