Top Ten Tuesday: This is Freebie Week so I am going to talk about award winning books. Yesterday the ALA Youth Media Awards were announced. Here is a chance for me to talk about some of the winners...

1. March, Book Three by John Lewis, Andrew Aydin, illustrated by Nate Powell
This book ran away with the awards this year winning The Printz Award (best YA book of the year), The Coretta Scott Author Award (given to African American authors), YALSA Excellence in Nonfiction Award, and the Sibert (best information book for children or teens). John Lewis is a true American hero, having marched with Martin Luther king during the Civil Rights era and continuing a life of service as a US Representative to Congress. The format is a graphic biogrpahy. Lewis said he wanted his biography to be a comic book because he got interested in service after reading a comic book about one of his heroes as a child. 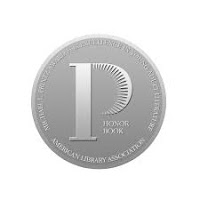 2. The Passion of Dolssa by Julie Berry
This was the only BSD Mock Printz book to win an actual award and it sure deserved it. It was my favorite to win the Printz Award and it nearly did winning a Printz Honor. I am "friends" with Julie Berry on Twitter and it was fun to watch her Tweets yesterday, She was so excited to have won an award.

3. Scythe by Neal Shusterman
Last year Shusterman's fabulous book about mental illness, Challenge Deep was overlooked by the Printz committee (and I'm still angry about it.) Not this year. His latest book, which was published late in 2016, was awarded a Printz Honor. I am currently reading the book. It is a dystopia-themed book about two teens who must learn about the "art of killing." 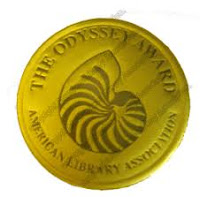 4. Anna and the Swallow Man by Gavriel Savit, read by Allan Corduner won the Odyssey Award which goes to the best audiobook for children or young adults. Since I am such a big fan of audiobooks I always relish the books which win this award.  I did listen to book and thought that Corduner did a marvelous job with the accents and making the narration fit the atmosphere of the book. Oddly one of the honor books in the category is Nimona by Noelle Stevenson. That book is a graphic novel so I am trying to figure out how it works as an audiobook. 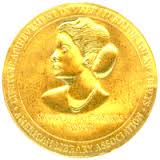 5. Sarah Dessen won the Margaret A. Edwards lifetime achievement award for her writing for young adults. Dessen is a favorite author of teen girls. Once they find her they often read all her books. In this day and age of teen books about teen probelms it is nice that a teen romance author gets an award. I've read several of her books, my favorite being Along for the Ride. 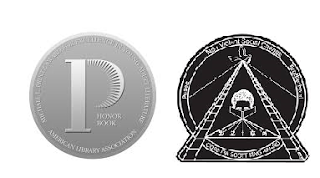 6. The Sun is Also a Star by Nicola Yoon won two much deserved awards: a Printz Honor and the Coretta Scott King John Steptoe New Talent Author Award. This was the first book I read in 2017 so it is still fresh in my mind. Two characters meet on the very day that one is being deported. There whirlwind romance in a day has all the elements of a very good story but also hits on themes of culture, home, and family. I predict this will be popular in my library once students discover it. 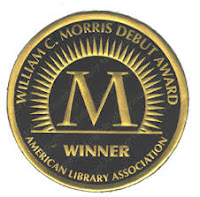 7. The Serpent King by Jeff Zentner
Not selecting The Serpent King for my Mock Printz list was one of my epic fails of the year. Since reading this book about three friends, all who are misfits in one way or another, I have been haunted by the book. The themes of friendship, religious fanaticism, and death were so clearly drawn is is no wonder this book won the Morris Award for a debut author. Now if I could just get kids past their fear of snakes to actually check this book out! 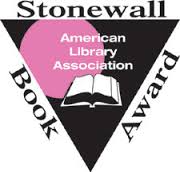 8.  Magnus Chase and the Gods of Asgard: The Hammer of Thor by Rick Riordan and If I Was Your Girl by Meredith Russo were co-winners of The Stonewall Book Award which goes to LGBT-themed books. I have not read either of the them yet. But I have read two of the Honor books: When the Moon Was Ours by Anna-Marie McLemore and Unbecoming by Jenny Downham. Both are so good. When the Moon was Ours deals with the topic of transsexuality in a tender and sweet way. Unbecoming deals with many themes and the main character is just starting to explore her lesbian feelings. Both are very poignant and I recommend them.


9. When We Collided by Emery Lord

I haven't read this winner of the teen division of the Schneider Family Book Award "for books which embody an artistic expression of the disability experience" (ALA). The themes of death, relationships, and mental illness make this book sound compelling. I should also say that I like how the Schneider Family Book Award has divisions for children, middle grade, and teen readers. I am always disappointed when an award category, like the Pura Belpre Award (Latino Author) and Batchelder Award (translated into English) only pick children selections on a certain year, like this year. 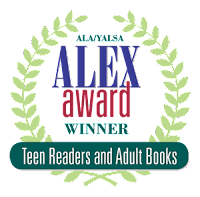 Each year the Alex Award committee selects ten adult book they think have crossover appeal for teen readers. I never even try to guess what books will be one of the ten selected for this award since I usually don't read adult books the year they are published. I do try to purchase of few of the books from the list to appeal to my older readers. These are the titles I will look into purchasing this year for the library:

and for my own reading enjoyment (not for the library)
Alex Award books are usually terrific books for adult readers because they passed with teen scrutiny.

Look for the full list of award books, even for awards I did not mention like the Newbery Medal and the Caldecott Award at the American Library Association.

Top Ten Tuesday is hosted by The Broke and the Bookish.

Posted by Anne@HeadFullofBooks at 10:56 AM