Review and quotes: THE COLD MILLIONS 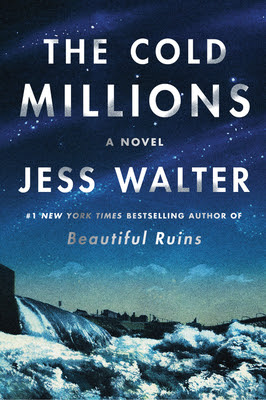 (Waterbury, 1909) Darkness came on that town like a candle being snuffed.

Sullivan held up the newspaper and slapped the free speech headline. "You do this and you will pay with bone and teeth."

Summary: Rye Dolan, age 14, is left an orphan when his mother dies of consumption. His only living relative is his brother, Gig, who is off somewhere drinking and doing just enough to get by. When Rye finally finds his brothers the two travel the rails around Montana, Idaho, and Washington finding work and making enough to survive another day. When they land in Spokane, the boys gets involved with Ursula-the-Great, the labor movement, and inadvertently with a mining magnate who will stop at nothing to keep his wealth and his powerful hold in the community. When the brothers are arrested for their participation in a free-speech event organized by the union they are brutalized of the police and held in very inhumane conditions. Rye is released early due to his young age, now 16, but his brother remained behind bars. At this point Rye meets Elizabeth Gurley Flynn, a young socialist and labor activist, who brings him along as she travels around trying to drum up enough money to hire Clarence Darrow to represent the still imprisoned union men.

Review: As a Washington State resident I've often heard about the labor riots and problems that erupted in our state in the early 1900s but I knew few or sketchy details about what actually happened. In The Cold Millions readers learn about some the labor riots, free-speech events, and union organizing that happened in and around Spokane on the eastern side of the state in the early 1900s and about the powerful mining magnates who desperately fought to keep unions out. The fictional story felt very prescient as powerful people continue to fight to retain power and money on the backs of the little people even today. And labor unions are often vilified as being communistic or at least socialistic to make people not support their efforts to have safe working conditions and fair pay for all the workers.

I enjoyed the book tremendously and know we will have a wonderful discussion during book club. Now I want to figure out how to get my husband to read The Cold Millions because I know he will enjoy it, too, and it will give us a lot to talk through together.

Posted by Anne@HeadFullofBooks at 5:59 PM