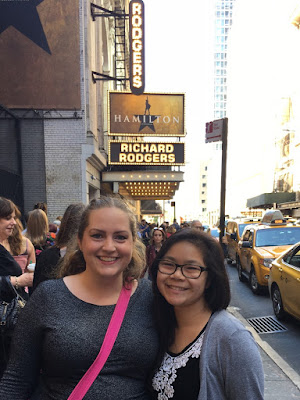 This past week my daughter, who lives in New York, finally got to see the Broadway musical: Hamilton. She has entered the daily lottery for tickets since her arrival in the NYC last year and finally won the chance to buy two tickets. She and her roommate readjusted their schedules, headed into the city to see the show and loved it. This musical has done more for an interest in US history than just about anything before this time. Alexander Hamilton, the face on the 10 dollar bill, now has come alive in our minds and imaginations. Suddenly we are interested in what happened during those founding days of our country. We knew a little bit about George Washington, Thomas Jefferson, and Benjamin Franklin, but not much else. Now we know a whole lot more...or at least those people lucky enough to see the musical know a whole lot more. A person who played a big role in those opening years of our country was Alexander Hamilton. In fact, without this man and his prolific writings we might not even have a country, or a country as we know it today.

While Carly and Jennifer were enjoying the musical, I was home in Washington State reading two different books about Alexander Hamilton. It was just a weird coincidence that we were doing something related to Hamilton at the same time. (Something tells me that Carly had more fun than me, though.) The two books I read were Alexander Hamilton: The Hero Who Helped Shape America by Teri Kanefield and Alexander Hamilton: Revolutionary by Martha Brockenbrough. Both books have been nominated for a possible Cybils award in the JH/SH Nonfiction category for which I am a judge. Since I read two books one right after the other they are a little muddled in my brain. Therefore I thought I'd do one of those school-y activities: a compare/contrast of the two books. 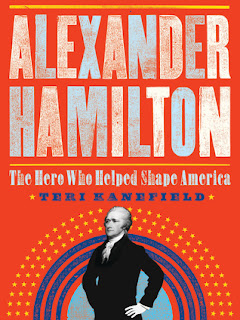 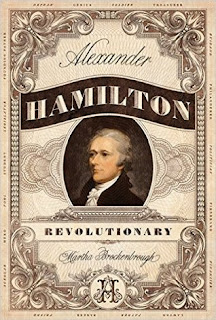 Contrast:
Overall: I wouldn't hesitate to recommend either of these books to teen readers. I liked Brockenbrough's book better, but that may be because I tend to think of high school researchers and I think her book is a better research tool. I learned a lot about this famous American from reading these books. Now if I could just score a few tickets to see the musical!

Until them I will have to satisfy myself with listening to YouTube videos like this one. Enjoy!