My response to a blogger's question 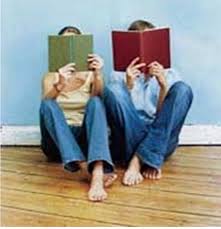 I few weeks ago I read a blog post by Lisa Parkin titled: Why We'd Be Screwed if Young Adults Books Were Real. In the post Ms. Parkin identified four reasons we'd be screwed if YA lit were real and then gave examples of books that fit her rationale. She ended the piece with this question:


If YA fantasy were real, what would you be worried about?

I decided to answer her question here but will amend the question to address YA Lit in general, not just fantasy lit.

1. Where are the adults, especially the parents, that should be looking out for their teens and children? This has long been a gripe of mine about YA lit...absent or MIA parents. Kids would have to run the world if there were no adults but there are adults in the real world, so why act like they don't exist? This really worries me that kids think they have to solve all their own problems.

Books that have good parent/adult role models:
--The Fault in Our Stars by John Green
--Yaqui Delgado Wants to Kick Your Ass by Meg Medina
--Eleanor and Park by Rainbow Rowell (Park's parents, not Eleanor's)

2. Why are there so many alcoholic or drug addicted parents? Along the line of my first worry, if there are parents in the books these parents are really messed up, forcing the kids to behave like almost super humans to survive. Kids need to know that there is another side to life where adults behave like adults and are willing to provide a stable environment to grow up in.

Books I like even though the parent is alcoholic/drug addicted/abusive:
--Tales of the Madman Underground by John Barnes
--Staying Fat for Sarah Byrnes by Chris Crutcher
--Sorta Like a Rock Star by Matthew Quick

3. The end of the world is near. Ever notice how many YA novels feature teens struggling to survive post-apocalypse. Are they trying to tell us something? The end is near? This does worry me a bit.

4. Teens only form loving relationships in triangles. I worry that all teens think that they aren't capable of making decisions about loving, stable relationships. In fact, there are so many love triangles in YA lit it is shocking if there isn't one.

5. Paranormal creatures really exist.  This REALLY worries me because I get creeped out very easily and don't need to know that vampires, zombies, werewolves actually exist, although I do like the idea of fairies.


If YA literature were real, what would you be worried about?