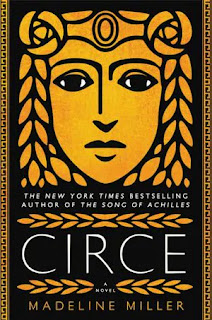 Here is what I learned about Circe from Wikipedia:


In other words, Circe is the bad girl of Greek mythology, a person to be feared for her skills and predatory nature.

Miller collected all the bits of Circe's stories from mythology and pieced them together into an incredibly well-written story. AND, and that is a big AND, it made me want to read more on the topic and by this author.

P.S...I was shocked that only one other gal in book club actually liked the book as much as I did, and two gals used the word 'hate' when they talked about it. We may have had the worst book club discussion over CIRCE compared to any other book we've read together. I now recognize that it is a book that will evoke strong feelings in its readers and not all of them will be positive.