Review: This One Summer by Mariko Tamaki and Jillian Tamaki 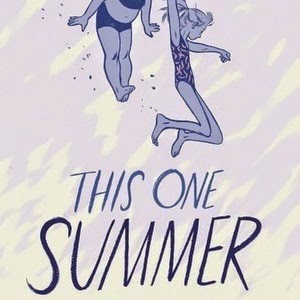 When I was a young girl my parents were missionaries in West Africa. We lived in the capitol city but would occasionally take vacations "up-country". One of those vacation trips can be recalled with crystal clarity: a lizard on my sister's pillow; diving off the high-dive for the first time; eating Danish butter cookies from a blue tin; collecting butterflies with my mother; attempting to start a small fire without matches for a Camp Fire Girls badge; even drinking milk from a pyramid-shaped container. Though nothing astonishing, heroic, or dramatic happened, for some reason that vacation has stayed very vivid in my memory all these years later.

As I read This One Summer by Mariko Tamaki, with illustrations by her cousin Jillian Tamaki, I had a sense that "this summer" had similar qualities to "my vivid vacation"...it was one of those time periods frozen in the memory banks forever. Mariko Tamaki says it isn't a memoir in the sense that the events in the book didn't happen to her but her family did vacation at a lake in Canada every summer which formed the basics of the setting, at least. The first page of this graphic novel sets the scene at a cabin at Awago Beach where the family has been coming "since...like...forever."

Rose Wallace and her friend Windy link up every year during the vacation days at the beach and their friendship seems to pick up where it left off last summer. This summer the girls seem to be poised right on the brink of adolescence, maybe they are twelve but more likely they are ten or eleven. They are just old enough to start thinking about "adult-ish" things and they, especially Rose, start noticing what the older kids at the resort are up to. I remember that phase in my life, don't you? I remember observing my older cousins and their comings and goings with a sense of awe. 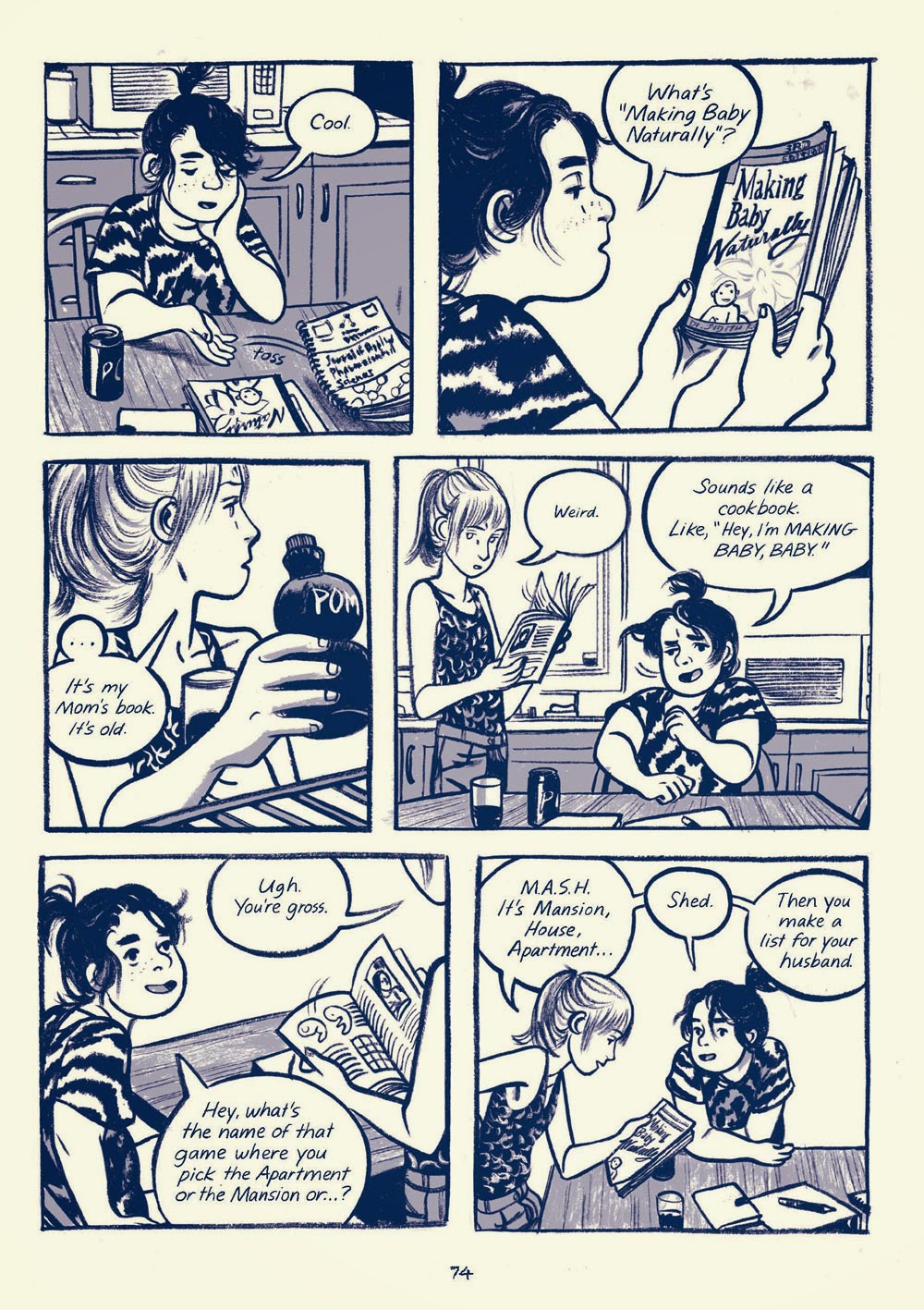 As Rose spends part of her summer lurking around and watching adults, she discovers that her own mother is seriously depressed about a previous miscarriage that occurred earlier. She even becomes a heroine in her own story as she helps her mother emerge from her malaise.

I worried and fretted before adding this book to our Mock Printz list for the year. Since the main characters are not teenagers I wondered if my teens would relate to them. The coming-of-age theme and the "moment frozen in time" aspects of the book seem to strike a universal chord. All my readers have returned the book with good reviews. It doesn't hurt that the illustrations are fabulous and most teens enjoy reading material in the graphic novel format.

I recommend that you take a peek at the book yourself.

Posted by Anne@HeadFullofBooks at 10:25 AM