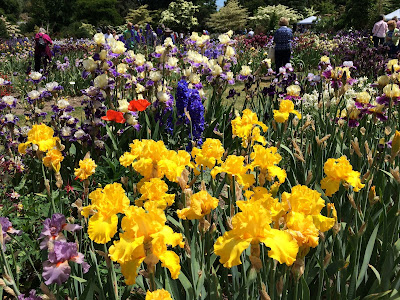 Weather: Nice. Not hot. Very pleasant. We had a lovely weekend in Eugene, too.

Eugene: I went to Eugene on Tuesday to spend some time with my parents. Don joined us on Friday after taking the train from Olympia to Eugene. Dad had a stroke about a month ago. After a few days at home Mom realized she needed help, so she took him to a care center in town to begin the therapy he would need for any chance of some recovery. Because he didn't enter through the "hospital" route, insurance wouldn't pay, so they hoped that the time spent in the facility would be short and fruitful. My brother came up from California when Dad was released, so that Mom would have an extra pair of hands around in case she needed help. When Tony had to leave, it was my turn, so I drove down a day after we got back from New York. Mom said my job was to see what needed done and do it. Her job was to take care of Dad. Sounded fair to me. When Don got there, his job was to tend to the vegetable garden, plant some flowers in pots, and take a load to the dump. Bigger jobs than they sound. 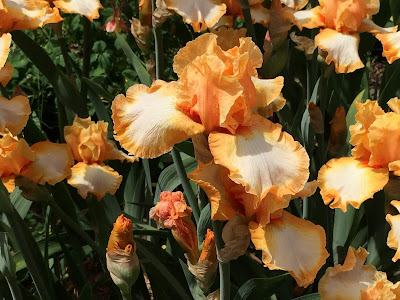 The sad thing about aging---is having to give up what you love. My Dad loved to putter around in his yard and in his wood shop. A few years ago, after a table saw mishap involving several fingers, Dad had to give up the wood shop. Now, after this stroke, he has to give up the yard. He wanted so much to come out and tell us what to do while Don and I worked in the yard. I'm sure it was hard for him not to join us. His goals for his recovery are to regain his strength enough to walk to the bathroom on his own and to be able to go back to church. Such precious, dignified goals. 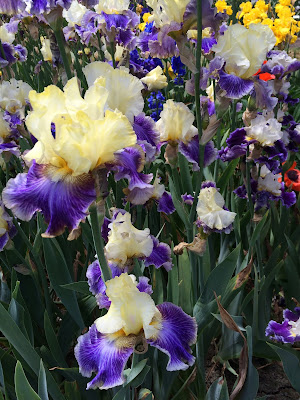 Movie: "Pope Francis-A Man of His Word." If you are Catholic or Protestant; Evangelical or Mainstream; if you are Muslim, Hindu, or Buddhist; if you are agnostic or atheist; or a human being of any faith or no faith, you must see this movie (which is probably playing in a movie theater near you right now.) This film and this pope's message is important. What Pope Francis has to say is vital for all of us and not preachy at all!

Irises: Yesterday Don and I decided to stop and look at the irises we could see blooming in a field near the freeway north of Salem, Oregon. Little did we know that we'd be stepping into an alternate universe, and a party to boot. Schreiner's Iris Gardens was hosting a Memorial Day weekend arts festival. The iris gardens were in full bloom, so visitors could walk around inhaling the heavenly scent of irises and other late spring flowers (such as peonies). After we tired of flower gazing, we purchased a complete chicken dinner for $11 which included a half chicken, baked potato, coleslaw, roll, a beverage, and a mint candy. While eating, a dixieland jazz band played favorite ole' timey hits for our musical entertainment. Artists had booths here and there, some even creating the art as we watched. Then, as a special treat, we bought a dozen iris stems for a mere $7.50 to take home and enjoy. We soaked it all in and reveled in the memories of it as we drove the rest of the way home, enjoying the perfume of the irises. Hope you enjoy my iris photos. 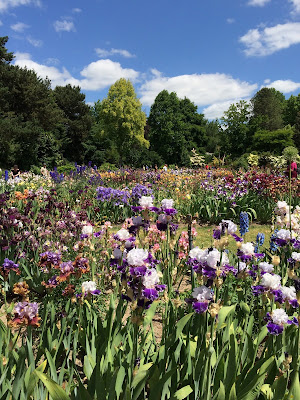 Wipeout ( In your mind hum "Wipeout" by the Ventures as you read this paragraph.): Don gave me a Fitbit for my birthday in February. Since then I have tried - usually unsuccessfully - to walk the recommended 10,000 steps a day. While in Eugene, I would head out for frequent, short walks, trying to reach my goal. The weather was lovely, the neighborhood so pretty. One day, as I was admiring someone's lovely roses, I tripped on a raised slab of sidewalk and went sprawling with hands and knees hitting the sidewalk first. Everything was skinned. I sat dazed on the sidewalk for a few minutes before I limped back to my folks home. I swear the exercise gods have it out for me. When I try to do something good for myself, a barrier presents itself. 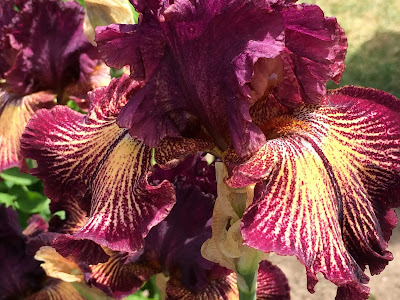 Back to New York: Friday I fly back to New York to join Carly on her cross country trip back home after her two years in grad school. We both have four or five audiobooks cued up on our devices to listen to as we drive along. Like minds! Our route will take us along I-80 until it meets up with I-90, around the Great Lakes, on to the Badlands and Mt. Rushmore in South Dakota, continuing through Montana over the Rockies, and then home. 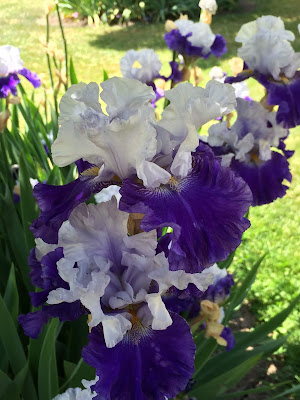 Books I am currently reading:
Books I completed this week: 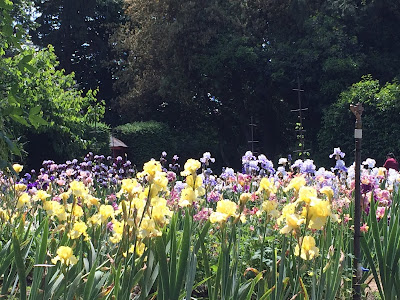 See you on the flip flop! (I'll be on the road next week, somewhere between New York and Ohio, I think.)

Posted by Anne@HeadFullofBooks at 5:52 PM