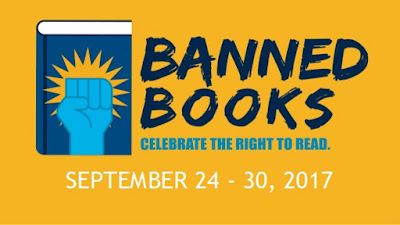 This week I am going to read a banned book.

Because I can and because I think censorship hurts us all.

To make my selection I visited the American Library Association's frequently banned or challenged lists from the past few years. From these lists, I will select a book I haven't read before.
Which of these should I select?
All these books have been on the top ten banned/challenged books list at least once in the past five years. Ridiculous!

I always told my students, if they don't like a book that they checked out, bring it back. But don't make a fuss about it. Just because you don't like doesn't mean it isn't a good one for someone else.

In addition to reading one or more of the above books, I will listen to an audiobook of Slaughterhouse Five by Kurt Vonnegut. It was the 46th most challenged book of the decade, 2000-09.

Join me. Read a banned book this week! 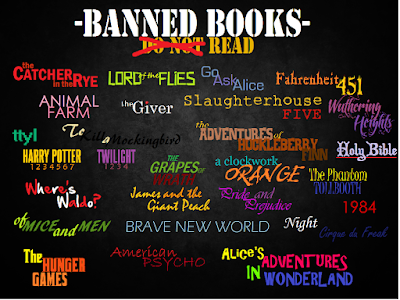 Posted by Anne@HeadFullofBooks at 3:55 PM