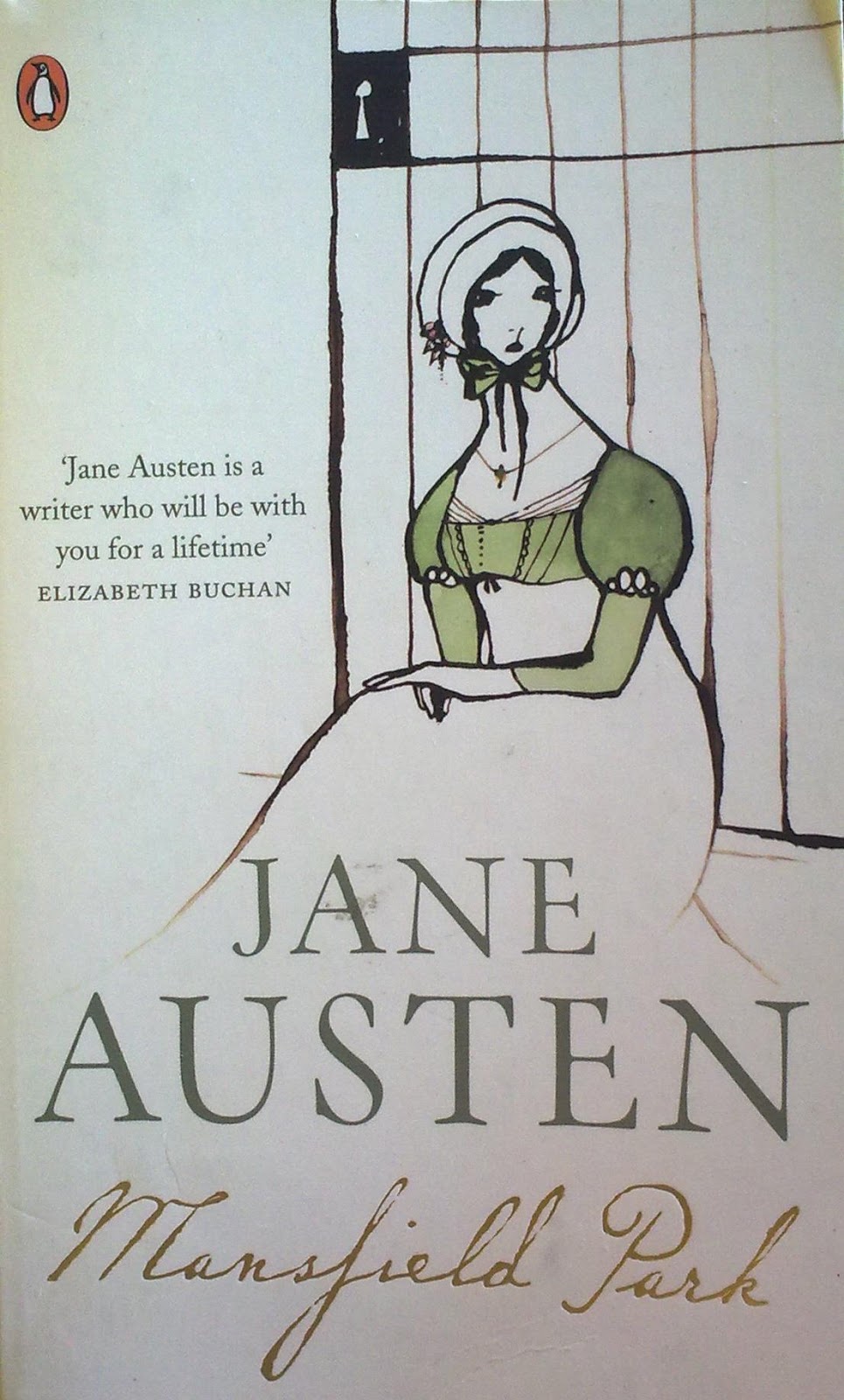 The Mansfield Park Read-along is an opportunity to read a favorite book at a pace that is doable each week. Join me.

Read 50+ pages. Goal accomplished this week. I have read up to Chapter XXV.

Action in this section: Sir Thomas Bertrand returned from Antigua before the group could put on their play, Lovers' Vows. He was not interested in allowing them to continue with their endeavor and within a few days of his arrival home the while stage was dismantled and the cast dispersed. Mr. Yates left to seek his dramatic talents elsewhere and Henry Crawford left for Bath. Maria Bertrand was quite distraught about his departure and within a few days of his leaving was more determined than ever to marry Mr. Rushworth to spite him. Once the wedding took place she and her sister Julia moved to Sotherton, the Rushworth estate ten miles from Mansfield Park. Later Julia joined her sister as she honeymooned in Brighton. Now Fanny was the only young female at home and Lady Bertram depended on her more than ever. Mary Crawford also befriended Fanny and invited her over to the parsonage often, much to Mrs. Norris' consternation. One night when Fanny and Edmond were invited to dine with the Grants and Mary Crawford they found that Henry had returned from Bath. At that time Henry made up his mind to make Fanny Price fall in love with him and to cause just a small whole in her heart. In the last chapter in this section we are introduced to William Price, Fanny's dear brother home on leave from the Navy.

Surprises: this sections explains many of my questions I have had from viewing the film adaptations of the book. I often wondered why Sir Thomas Bertram was so uncaring toward his children when he returned from West Indies; Why Maria married Mr. Rushworth so soon after her father's return; and what was Henry Crawford's motivation for flirting with Fanny. Mr. Bertram isn't the monster that the films make him out to be; Maria Bertrand was in a rush to marry Mr. Rushworth because she had her feelings hurt by Henry when he quitted the parish so abruptly; and Henry clearly liked the idea of having everyone in love with him and enjoyed the chase and the challenge. He just didn't understand the determination inside Fanny to resist him.


'If I must say what I think,' continued Mr. Rushworth, 'in my opinion it is very disagreeable to be always rehearsing. It is having too much a good thing. I am not so fond of acting as I was at first. I think we are a great deal better employed, sitting comfortably here among ourselves, and doing nothing.'

No wonder everyone thought he was a very dull fellow.


'You must really begin to harden yourself to the idea of being worth looking at. You must try not to mind growing up into a pretty woman.'

Posted by Anne@HeadFullofBooks at 7:48 PM