Jane Austen Week in the Library 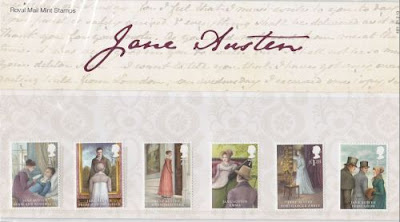 This past week was the fourth annual Jane Austen Week in my library. This year in honor of the 200th anniversary of the publication of Pride and Prejudice we watched the Keira Knightley version of the film every lunch period for the week.  Because of the length of the film (over 2 hours) we didn't have as much time for trivia as in past years.


BTW- I just ordered my own set of Jane Austen stamps (see photo above) from the Royal Mail.