Review: Dead to You by Lisa McCann 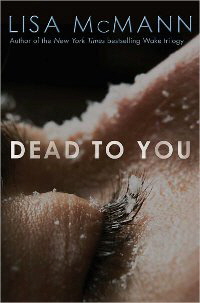 Ethan was abducted from his front yard when he was just seven years old. Now, at sixteen, he has returned to his family. It's a miracle... at first. Then the tensions start to build. His reintroduction to his old life isn't going smoothly, and his family is tearing apart all over again. If only Ethan could remember something, anything, about his life before, he'd be able to put the pieces back together.
But there's something that's keeping his memory blocked. Something unspeakable...

Right from the beginning of the book Dead to You by Lisa McCann I had this foreboding feeling that something terrible was going to happen. Perhaps it was the title, Dead to You. Hmm. That should be a clue, right? Or the book jacket and promo like the one I got off Lisa McCann's own webpage and pasted above. It is pretty obvious that this is not just the story about an abducted boy who finds his way home nine years later. A boy who has a few things to work out. As I read I kept thinking that there is something else that will be revealed, some awful something. But as the end of the book neared and things were starting to wrap up nicely for Ethan I thought I was mistaken. I thought this up until the last page and then, Wham-o!

All I can say is don't jump to the end of the book early.

Though not a personal favorite, Dead to You has a lot for teen readers to like: a little romance mixed in with the family drama, and a mystery. The book is very readable with short chapters and realistic teen language (translation: foul language.) The pacing of the book is such that even reluctant readers might find themselves gobbling this one up.

In my typical style I listened to the audiobook while in the car and read the actual book while in the house. Aaron Tveit was the voice actor and he did a good job and sounded like a teenager.