Review: My Book of Life by Angel written by Martine Leavitt 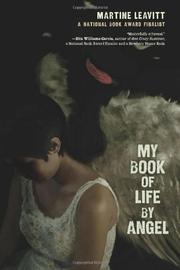 The theme of My Book of Life by Angel written in verse by Martine Leavitt is innocence lost.

When Angel's mother dies of cancer her father falls into a deep depression and doesn't even notice that his daughter is practically living at the mall, shoplifting, and becoming friends with a man named Call who gives her "candy" which is really crack cocaine. When Angel comes home high one day, though, he does notice and kicks her out of the house. Now Angel is at the mercy of Call and soon begins a life of prostitution at his bidding. When a friend named Serena, who encouraged Angel to write down her life story, goes missing, Angel starts to straighten out her life.


"The deliberate use of spacing emphasizes the grim choice confronting Angel when Call brings home a new girl, 11-year-old Melli. Leavitt’s mastery of form builds on the subtle interplay between plot and theme. “John the john” is a divorced professor who makes Angel read Book 9 from Milton’s Paradise Lost, inadvertently teaching her the power that words, expression and creativity have to effect change. Passages from Milton frame the chapters, as Angel, in her own writing, grasps her future." -Kirkus Reviews


Angel begins to notice that other prostitutes are also missing and no one seems to be doing a thing about it, including the police. As the story draws to an end we are left with a feeling of hope that Angel will be OK. The story is based on the factual disappearance of dozens of prostitutes in the Vancouver, B.C. area over a ten year period of time.

The book is very well-written and thoughtful. Even though the topic is very disturbing the descriptions were never graphic or explicit.

*This book is a a "possible" Mock Printz book addition to my list of great books for 2012.

Posted by Anne@HeadFullofBooks at 2:30 PM