A Crazy Day in the Library 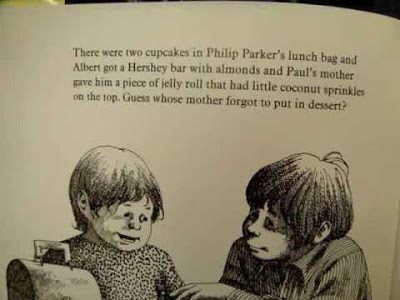 Remember the wonderful children's book Alexander and the Terrible, Horrible, No Good, Very Bad Day by Judith Viorst? I thought of that book today because I was living it right in the library.

The day started off on the wrong foot. I was late to work because my hubby is out of town so I had to take care of the dog before I left for work.  The dog wouldn't potty but I needed her to potty since she is in the house all day with no doggie door.  You can lead a dog to grass but you can't make her... you get what I mean.

As I opened the door to the library I knew it was going to be a busy day and it was.  We were mobbed all day with kids checking books in and out.  I love it when kids read and want a new book but it is often so spurty... no patrons for hours then everyone arrives at once.  In the midst of the mob scene at the circulation desk a teacher came to pick up the digital cameras which I was supposed to charge for her over the week-end.. but didn't. Eek. I just wrecked a teacher's lesson plans for the day. Sigh.

Incredibly only five minutes have passed since I got to work and I've already been mobbed and I disappointed. Now other teachers began to show up asking for just "small favors". Alone the things that were asked were no big deal, but together it was like being hit with a titlewave. I was swamped and the first bell hadn't even rang, yet.

The rest of the day went along like that with no let up. To make matters worse I left my lunch on the counter at home (I'll blame it on the dog.) So I just drank a cup of tea and found a bag of dried apples. I nibbled/sipped on these as I listened to a Webinar during the half hour set aside for my duty-free lunch. I was so distracted by all the stuff going on in the library just beyond the walls of my office that I hardly got a thing out of the session.

Finally the end of the day approached but not before the monthly district librarian meeting which was held at, you guessed it, my school. I ran around setting up tables, the computer/projector station, and the treat table when I realized that I had beverages to drink, but no cups. Oh man. Could the day get any more stressful? Well, after I ran around the high school to see if I could find any cups possibly stashed around someplace, I was actually able to sit and hoped to enjoy the meeting. That is until I learned that our director wasn't able to get to the meeting so now I was the ad-hoc leader by default since the meeting was in my "home."

Thanks for letting me debrief my terrible, horrible, no good, very bad day...I think I'll go to Australia. 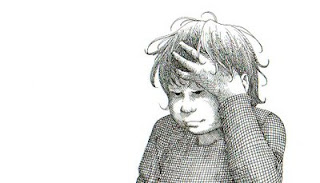 Posted by Anne@HeadFullofBooks at 6:49 PM