Super Past Due Review: ORDINARY GRACE (with a discussion question) 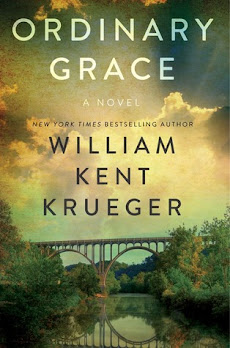 Back in 2017 my book club read Ordinary Grace by William Kent Krueger. Since that time whenever we reminisce about book club choices which we all thoroughly enjoyed, this book comes up at, or near the top of the list. For some unknown reason, I never wrote a review for it and decided to rectify that problem now.

As I was preparing to write the review I realized that I had forgotten many of the details of Ordinary Grace. All I could remember was the barest outline. Therefore, a re-read seemed in order and, boy, was that a good choice.

As you know if you are a reader of this blog, we had a tragic death in our family this past week. My cousin's son-in-law, Dom, whom we considered a nephew, was killed in the line of duty as a SWAT officer for the Sheriff's department. His wife, my 2nd cousin, is the choir director at our church. Everyone in that community, as well as in my family, has been plunged into deep inconsolable grief. All of us have been grappling for purchase as we try to right ourselves emotionally. In the midst of this tremendous grief I found myself reading (actually listening to the audiobook) Ordinary Grace about a family who is also grappling with their own grief after the death of their daughter/sister.

The story is set in 1961 in a small town in Minnesota. The Drum family is made up of Nathan Drum, the pastor of a Methodist Church which is located across the street from their home; the mother, Ruth, is the choir director and a talented musician; the daughter, Ariel, is also a talented musician, on her way to Julliard in the Fall; Frank, a thirteen-year old boy is the narrator of the story; and Jake, the youngest boy with a severe stuttering problem. The story opens after the death of young boy in town. He was killed by a train as he sat on the railway trestle. His death was the first of several deaths, murders, suicides that the small town experienced that summer. But it was Ariel's death that brought such turmoil and finally grace to the Drum family.

And as grace arrived for the Drums, or at least made its entrance into the story line, it also did for me in my present situation.

The Biblical definition of 'grace' is understood by Christians to be a spontaneous gift from God to people – "generous, free and totally unexpected and undeserved" – that takes the form of divine favor, love, clemency, and a share in the divine life of God. The Drum family found grace in a series of small miracles after Ariel's death.

Just days after Ariel is discovered, the father insists on preaching a sermon the following Sunday. What he said in that sermon felt like it was written for me, just me, grieving Dom's death.

The sermon begins with Pastor Nathan Drum talking about the Easter Story. Not the resurrection part, but the abandonment part, where Jesus was left alone on the cross to die and he called out, "Father, why have you forsaken me?" Pastor Drum confessed he felt the same way, wondering why God had abandoned him. Yet, he said, when we get to that point what we want to do is blame God for our misery. But instead there needs to be a change in focus.

“I will tell you what’s left, three profound blessings. In his first letter to the Corinthians, Saint Paul tells us exactly what they are: faith, hope, and love. These gifts, which are the foundation of eternity, God has given to us and he’s given us complete control over them. Even in the darkest night it’s still within our power to hold to faith. We can still embrace hope. And although we may ourselves feel unloved we can still stand steadfast in our love for others and for God. All this is in our control. God gave us these gifts and he does not take them back. It is we who choose to discard them.”

“In your dark night, I urge you to hold to your faith, to embrace hope, and to bear your love before you like a burning candle, for I promise that it will light your way.”

Our church congregation gathered for a prayer vigil just hours after we learned of the shooting. At the time I prayed fervently for a miracle, which I pictured as a return to health.

The next night our church congregation again returned for another prayer vigil, this time armed with the knowledge that his injuries were not compatible with life. This time I prayed that the miracle I sought in my earlier prayers would still happen but this time in the lives of those touched by Dom's life. Because of my prayers for miracles these words from the sermon really jumped out at me--

“And whether you believe in miracles or not, I can guarantee that you will experience one. It may not be the miracle you’ve prayed for. God probably won’t undo what’s been done. The miracle is this: that you will rise in the morning and be able to see again the startling beauty of the day.”

Eventually the fragmented, grieving, almost torn-apart Drum family found their miracles. They were not huge, monumental, bringing-Lazurus-back-from-the-dead miracles, but small, quiet, yet quite profound moments that helped make the family whole again. Here the word grace is a play on the word, this time literally meaning a grace or blessing of a meal--

“That was it. That was all of it. A grace so ordinary there was no reason at all to remember it. Yet I have never across the forty years since it was spoken forgotten a single word.”

At the end of the book when Frank, our narrator with the perspective of forty years, looks back on that life-changing summer of 1961 he realized a statement made to him by an old Native American man he met that summer was true:

“The dead are never far from us. They're in our hearts and on our minds and in the end all that separates us from them is a single breath, one final puff of air.”

It is a comfort knowing that our dearly departed ones are but a single breath away from us. This truth brings great comfort to me right now and I pray it will do the same for Dom's widow, too.

What books have you read that seemed to come along at the exact right moment for you and your life circumstances? How did the book help you? 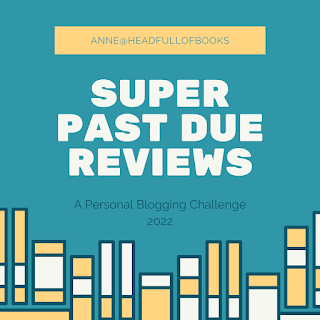 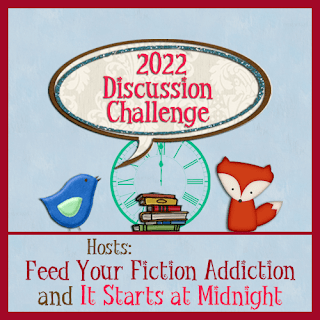 Posted by Anne@HeadFullofBooks at 8:03 PM

Email ThisBlogThis!Share to TwitterShare to FacebookShare to Pinterest
Labels: 2022 Reviews, Discussion, Past due reviews