Ten Books that Made Me Cry 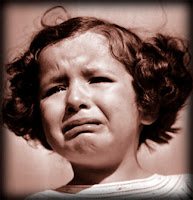 The meme of the day over at The Broke and the Bookish is
What are the Top Ten Books that Made Me Cry?
This was both an easy and a hard list to complete.  Easy because I cry often when I read books so I had no trouble coming up with my list.  Hard because I cry so often when I read that it was hard to remember which books from previous years made me especially cry and why.  For this reason, my list is rather fresh and has lots of YA books in it.  It doesn't represent my top ten cry-worthy books, it just represents the ones I have read most recently that made me cry. Injustice and death seem to be the issues that really get the tears flowing for me.

2.  Sorta Like a Rock Star by Matthew Quick (YA, c. 2010, read 2010)-Amber Appleton lives with her mother on a school bus and has no food or money  but she refuses to give in to despair until her mother is killed.  Very poignant with brief moments worthy of tears.

3.  The Things They Carried by Tim O'Brien (c. 1990, read 2009)-Tim O'Brien writes a fiction book about experiences in the Vietnam War. Some of the scenes are horrifying, others funny.  I cried the most at my husband's reaction to this book and the cathartic effect it had for him.

4.  The Summer of My German Soldier (YA, c. 1973, read 2010)-About a lonely Jewish girl living in Arkansas during the early 1940s.  I wept for all the injustices in this book.  In fact, I was weeping and reading it at a dealership while my car was being fixed...very embarrassing.  I warn you, this is a several-hanky book.

6.  The Off Season by Catherine Gilbert Murdock (YA, c. 2007, read 2008)-When D.J.'s boyfriend, Brian, treats her unjustly some raw nerve in me snapped and I wept and wept.  I can still recall the feeling today two years after reading it. This is the second book of the Dairy Queen trilogy.

7.  Blankets by Craig Thompson (c. 2003, read 2009)-This graphic novel relates the story of an awkward teen who always feels like a misfit.  I cried a little as I felt for him and for all misfits here at the high school.

9.  Tales of the Madman Underground by John Barnes (YA, c. 2009, read 2010)-Karl's dad is dead and his mother is drinking all the time.  Karl tries to hold everything together in life with his family and his friends.  At one point a teacher finally figures out what is going on and his kindness still brings tears to my eyes as I recall the story.

10. The Lovely Bones by Alice Sebold (c. 2002, read 2002)- This is really the only book on my list that I read a long time ago.  I won't spoil the story for you but suffice it to say that I cried for the first 72 pages solid. I think it related to the fact that I had young teenage daughters at the time.

What are some other good cry-worthy books on your list?

Posted by Anne@HeadFullofBooks at 7:46 PM