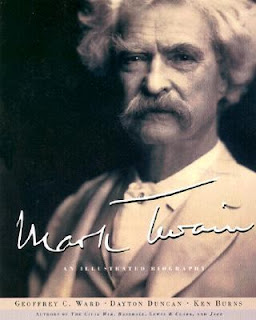 When Huck Finn came under fire and was banned by the Omaha Public Library in 1902, Mark Twain said this in response:

"Dear Sir, Your telegram has arrived, but I have already said all I want to say concerning Huck Finn's new adventures, there is no need to say it again...I am tearfully afraid this noise is doing much harm. It has started a number of hitherto spotless people to reading Huck Finn, out of a natural human curiosity to learn what this is all about---people who had not heard of him before; people who will go to wreck and ruin now. The publishers are glad, but it makes me want to borrow a handkerchief and cry. I should be sorry to think it is the publishers themselves that got up this little flutter to enable them to unload a book that has been taking up much room in their cellars..."    NY Times September, 6, 1902 (View the original article here.)

I truly believe that Mark Twain was on to something.  Why else would books like The Adventures of Huckleberry Finn (1884), Catcher in the Rye (1951), The Chocolate War (1974), Slaughterhouse Five (1969), and The Color Purple (1982) still be attracting attention decades after they were first published?

Margaret Atwood in her novel The Blind Assassin said, "There's nothing like a shovelful of dirt to encourage literacy."


Bring on the dirt!
Think for yourself and let others do the same.  Read a banned book this week. 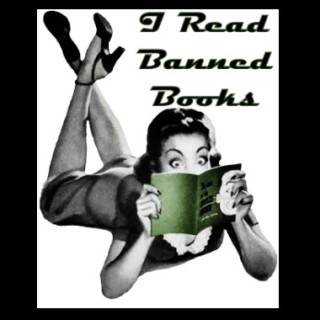 Posted by Anne@HeadFullofBooks at 7:44 PM