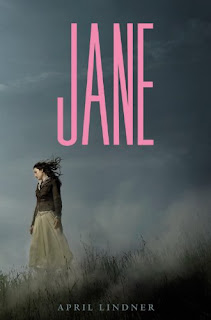 Way to go, Ms. Lindner, you have written a wonderfully romantic story that made me want to find my old copy of Jane Eyre and reread it. I think, I hope, I know that this book will introduce Jane Eyre to a whole new generation of readers because, like me, I believe that they will be enthralled and want to read the original after they consume this retelling of the classic tale.


Jane Moore takes a nanny job at Thornfield Park, the estate of Nico Rathburn, an iconic rock star on the brink of a huge comeback. Practical and independent, Jane reluctantly becomes entranced by her magnetic and brooding employer, and finds herself in the midst of a forbidden romance.-Goodreads

Though I was hopeful I was also skeptical when I started reading Jane by Jane Lindner. I was hopeful that it would rekindle a love of Jane Eyre, yet I was skeptical that the story would actually work in modern times and with a rock star in lieu of the brooding Mr. Rochester in nineteenth century England. But work it did.  The setting, Thornfield, a heavily guarded estate in Connecticut, could easily be a home for a rich and famous rocker. Jane, a recently orphaned college freshman, seemed a good candidate to nanny Nico's daughter since she didn't have much interest in rock-n-roll and she needed to find a job to support herself. The hardest part to understand is the reticence to utilize mental health services.  Certainly things have improved for the mentally ill since the days of Charlotte Bronte.  But other than that seeming disconnect from today's reality, I was completely captivated and more than a bit swept up in this sweet love story.

Jane Lindner, an English professor, said, after seeing another retelling of a Jane Austen book, found herself wondering "..why Jane Eyre, such a great story of love and self-discovery, didn't seem to be getting the Pride and Prejudice treatment."  Since I'm a fan of those P & P rewrites I was very open to this book. She went on to say that once she figured how to bring Jane into the twenty-first-century, "I felt I'd stumbled into the project I'd been born for...Whenever I got stuck, I would open up Jane Eyre for inspiration and ideas...And if Jane sends a few readers back to Jane Eyre to see what all the fuss is about, so much the better." -from Author's notes at end of book

Like Jane Eyre? Try Jane. Never read Jane Eyre?  Reading Jane could be a great place to start. I know you'll like it as much as I did.

Posted by Anne@HeadFullofBooks at 9:25 PM